Writer and Filmmaker, Kelly Candaele, has been filming a documentary capturing the lives of workers who are building the Wilshire Grand. The documentary titled Heads, Hands and Hearts - Craftsmanship at Work - grants viewers an unprecedented view into the inner workings of a major construction project in downtown Los Angeles. Candaele and cinematographer, Hector Cruz Sandoval, take an in-depth look into the world of construcion and pride in craftsmanship. Several Pan-Pacific employees have been featured in short clips that are viewable on the HHH website, as well as YouTube. Ron Truelove speaks about the precision of the cast iron work that Jon Kim and Juan Martinez are shown installing.  Detailer, Dan Watts, and Jon Kim speak about the need for mathematics and the areas of expertise that plumbing can offer. Robert Nelson, Rajinder Rai and Marc Rosas explain the installation of a storm drain pipe from the overflow tank. And Carlos Gonzales went as far as welcoming the team into his home. His wife and children were filmed speaking of the pride that they have for their dad’s trade and career. You can preorder your copy of the documentary at the website www.headshandshearts.org. 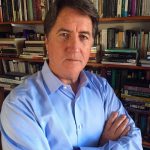 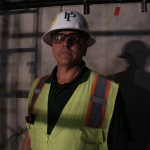 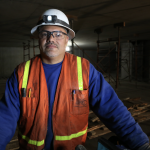 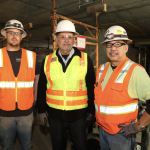 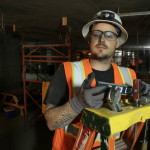 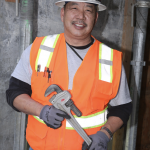 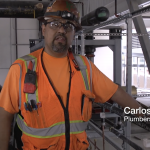 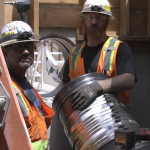 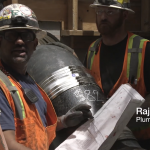 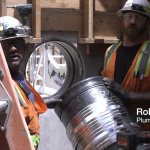